With knowledge to freedom and democracy

History is made by each and every one of us. It teaches us about the past and influences our present. The more we know, the better decisions we can make.

Who were original members of The Friday Club? What was their purpose and who founded the Club? Look into the past with us and find out interesting facts from history.

Who were the members and what is The Friday Club?

The Friday Club is a name chosen by a narrow group of people that were close to the author Karel Capek. They were mainly cultural and political figures.

The most important member was Tomas Garrigue Masaryk. He was so respected that in his absence the chair in which he sat in would always remain empty. 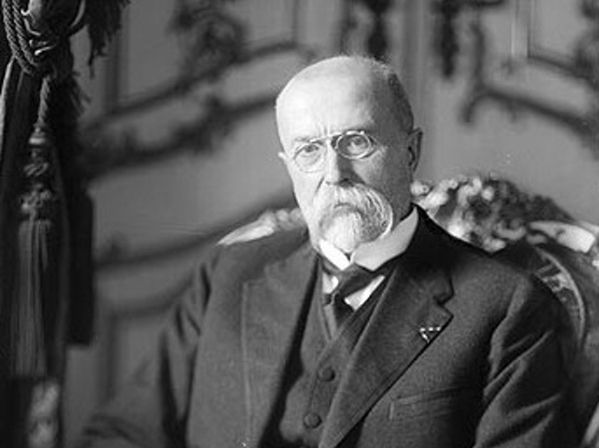 Why was it called The Friday Club?

Because in the years 1927-1938 they met regularly every Friday afternoon and debated over a cup of coffee about anything that was on their minds. They talked not only about politics and literature, but also about philosophy, science and ordinary human life. Unfortunatelly, no records of their talks were ever kept.

Since 1924, members of The Friday Club met on Thursdays. In all those years, approximately 50-60 people became selected members of the club and about 700 meetings were arranged.

Who founded The Friday Club?

As you have probably already guessed, the main organizer and host of The Friday Club was Karel Capek himself. The meetings of intellectuals, as he liked to call them, were held in his villa. From time to time, when he was unable to attend, his well-known brother Josef Capek took on the role of the host of The Friday Club meeting.

Last meeting and the end of The original Friday Club

The last meeting of The Friday Club took place on the occasion of the funeral of Karel Capek, who died on December 25, 1938, a few months before the start of World War One.

Difficult times have come. It is known that Gestapo planned to arrest Karel Capek. But they also persecuted other members of the club. Many authors went into exile. A number of them were arrested and imprisoned. Some were even taken to concentration camps, from where most of them never returned.

However, in our memories, lectures and hearts, the original Friday Club will live forever.

The Friday Club respectfully continues the tradition of the original intellectual group.

We teach people to able to think critically and feel responsible for events happening around them.

The Fiday Club honors democratic values and tries to deepen and spread them throughout the society.

We are here for everyone who wishes

to become a better version of themselves

One of the goals of The Friday Club is to spread its knowledge and to enrich everyone interested in:

Making own opinions
about our society

Better understand
the world around us

A source of information
for critical thinking

"Those who do not know history are doomed to repeat it."